Ritter Daniher Financial Advisory, LLC has always placed ethics and integrity at the forefront of how the firm is operated. From being vocal proponents for a Fiduciary standard industry-wide, to their strong belief in the benefits of a Fee-Only compensation method, their stance toward more transparency in the delivery of financial advice has been unwavering.

The manner in which RDFA upholds these high ethical standards has been recognized.

In 2006, the company was awarded the Torch Award for Marketplace Ethics, presented by the Greater Cincinnati Chapter of the Better Business Bureau. This local honor is given annually to firms in the Cincinnati area that are judged to be upholding the highest standards of ethics in the operation of their firm.

Then, in 2008, RDFA was recognized on a national level. They were the recipients of the International Torch Award for Marketplace Excellence, which was given by the National Council of Better Business Bureaus. This award, presented at the National Press Club in Washington, D.C. was open to all for-profit businesses in North America. Similar to the local competition, the judges sought to recognize a firm for promoting and practicing ethical standards and transparency in their business. RDFA joined one other firm, CarMax Inc., as the only two winners of the award for the year. 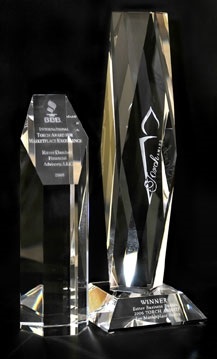